Paws in the Panhandle is a 501c3 organization made up of a growing group of dedicated individuals.    We are not interested in profit, except for the heart-felt benefits that come when one of our deserving animals leave us to join their new “forever” family for the remainder of their animal life.

We save as many animals as we can.   We give them shelter, medical care, regular high-quality meals, comfort, stability, training, and an abundance of love.   Then we work very hard to find them the very best home possible by screening applicants and working with families to find their “perfect match”.

On April 26, 2019, we officially opened our sanctuary located in Lancaster. We work hard to get as many fur-babies into foster homes until they find their forever homes. During the time they are in foster care, they learn about living as a family member, understanding “house/yard rules”.   They interact with the foster family, both 2 legged and 4 legged members.    This allows the animal to develop their beautiful unique personality and allows the foster family to learn things such as the animal’s individual quirks, habits, temperament, and other endearing qualities.    This is key in placing the animal with the “right” owner(s).

As our mission statement reads, it is our long-term goal to provide an adoptive friendly no-kill shelter to house these rescued animals while they wait on their “forever” homes.    This will take time, lots of volunteer help, and community resources to make this happen.   We as an organization are engaged and dedicated and with your help, are sure this will happen for our county in the foreseeable future.

Indian Land is located in Lancaster County, SC, in what is locally known as the “Panhandle.”    Since our animals are with us for a short time before finding their “forever” homes, we like to say they “pause” or “Paws” with us here in the Panhandle;  thus the name, Paws In The Panhandle.

“The greatness of a nation…can be judged by the way it treats its animals.”  -Gandhi 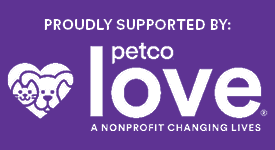 Please use our Amazon Smile link when you shop online. Amazon donates a portion of the purchase price to your chosen charity, so it won’t cost you anything extra! 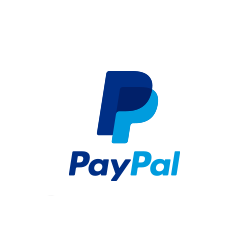 Make a one-time or monthly donation via PayPal using your PayPal account, Debit or Credit Card 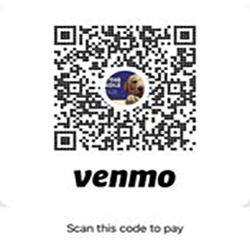 Make a donation via your venmo app.

We are committed to the rescue and adoption of animals from shelters, thereby reducing the euthanasia of adoptable pets within our community. Using community resources, we will provide and support an adoptive friendly no-kill shelter for these rescued animals while they wait for their “forever” homes.

Our mission is clear….. to rescue adoptable animals scheduled to die…..animals that have found themselves in high kill shelters.   Perhaps they were abandoned, lost, or picked up by shelter personnel for various reasons such as abuse, being homeless or dropped off on the side of some cold dark road.

We are committed to giving as many dogs as we possibly can a second chance;  a chance to know love, to belong, and most importantly, to live.   Won’t you help us give them that second chance?   Join the team!!

Paws In The Panhandle was founded on January 1, 2010, by Gloria Davey of Indian Land, SC.   After retiring, Gloria spent 3 years working with organizations within York and Lancaster Counties.    It quickly became evident to her that something must be done within the Indian Land area.   She solicited several others, Rusty May and Linda Adams, who were instrumental in the start-up.

Gloria Davey is the President and Founder of Paws In The Panhandle Rescue and Adoption.  She is very passionate about animal welfare and the desire for each animal born to have a loving home.  Gloria handles the overall planning taking recommendations to the Board of Directors and coordinating all activities, programs, and rescue tasks with the appropriate resources.  Her background in animal welfare includes many years of volunteering at kill and no-kill shelters. She spent about 3 years volunteering with various animal rescue groups before founding and leading Paws In The Panhandle beginning in January of 2010.  She is a certified dog trainer and has worked extensively with veterinaries and veterinary assistants over the years.  She has implemented a very successful adoption program and a sound animal rescue group that has – in a very short span of time – positioned itself to build and operate an animal sanctuary.  She has also been very successful in the start-up of a thrift shop in late 2010 with the sole purpose to support the rescue and funding the building project for the sanctuary thus making it possible to move forward with the organization’s long-term goals.   She completed the Best Friends workshop in Utah, “How to Start and Run Your Own Sanctuary”, which was a course accredited by the University of Utah.  She stays in close contact with issues of the larger welfare groups, such as the Humane Society of the United States, ASPCA, and Best Friends Animal Society.  She graduated in 1972 from Columbia Commercial College with an associate degree in Information Technology, which led to her 35-year career in the computer industry prior to a planned early retirement and the founding of Paws In The Panhandle.